They say that the way to a man’s heart is through his stomach and for me personally there’s definitely some truth to that. Food alone isn’t enough to sate my appetite though. I also crave compliments which are freely given and come straight from the heart.

If I had a spirit animal it would be a lion, which might surprise some people who know me. However, hidden under layer after layer of insecurities and a soft exterior you will find my lion there: strong, brave, proud and waiting for people to give it the respect it feels it deserves.

For seven months this lion was left whimpering as I followed her around like a little lost puppy. Occasionally if I was lucky she would throw me a few scraps. The lion within me would look through those scraps for the tasty steak-sized compliment it felt it deserved and was always left disappointed and hungry.

Still the little lost puppy had continued to follow her hopefully, wagging its tail and staring at her in that endearing, innocent way as only a puppy can. She threw a couple more scraps at me, one of which was intercepted by a passing cheetah.

The lion within me looked down at the solitary meat-free scrap which landed at its feet and began to growl.

Undeterred, the little lost puppy taught itself some new tricks (for it was far from an old dog yet and it was a fast learner). It wrote her a song and then despite lacking confidence in its voice, sung it to her. It then went on to write her a haiku, sonnets, free verse poems and others reigned in by iambic pentameter. It even learned to play a new instrument: the glockenspiel.

This time no scraps were thrown. Instead she stared blankly at the haiku before complaining about how short it was. After one too many prompts for the lion’s liking she grudgingly conceded that the sonnet was “Nice” but hungry though the lion was, it did not even deign to consider eating such a small mouthful. For unless praise was given both freely and honestly, it wasn’t fit for a king. Finally the glockenspiel instrumentals. Surely these would deserve at least one nice, juicy, steak-shaped compliment?

Although the puppy enjoyed playing the instrument, producing each glockenspiel instrumental was a painstaking process. Sad but true, the little lost puppy wasn’t a very well coordinated creature and its tiny paws didn’t naturally lend themselves towards playing an instrument. For every reasonable recording the puppy had presented to her, there were many others littered with mistakes which would never be heard by anybody.

The puppy waited and waited to be pat on the head and told what a good boy it had been. But she didn’t even listen to the glockenspiel recordings.

Had the puppy missed something? It started pawing through her each and every word hoping that beneath one of them would be the steak the lion within so desperately craved. Finally, it found something which could possibly be interpreted as a compliment and dutifully dropped it at the lion’s feet. It was a small, sickly-looking carrot. You cannot feed a lion a carrot and expect it to act like a happy bunny.

Now 5000 miles away from the lion and in a very different jungle, she still heard a deep and disturbing sound and couldn’t be sure whether it was a lion roaring or a stomach rumbling (it was both).

Then you came along. Without being asked and before the puppy had a chance to show you its latest trick, you started feeding the lion (for at once you had seen it as such despite the many deceptive layers of insecurities it had draped itself in). And not just steak but many meaty treats.

The lion gratefully gorged itself on an “adorable” antelope that you set before it before moving onto a “sweet” steak. It had never been told it had a “killer accent” before and was not sure what kind of meat that one was. Whatever it was, it was delicious. Whilst the lion was eating, the puppy wagged its tail contentedly.

Had you recognised how malnourished the lion had been from not just those seven months but years of mistreatment beforehand? After the lion had finally consumed so much that it could eat no more, it turned to you and said:

“Thank you. You have no idea how much I needed that – how much each kind word meant to me. Where have you been all my life?”

You answered with one word:

The lion decided that your straightforward nature was just one of many of your traits that it had already grown fond of. It lay down by your side and purred. 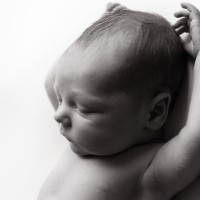 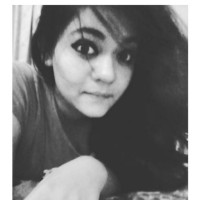 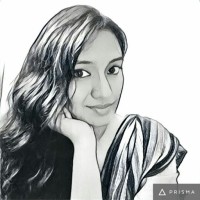 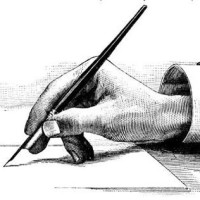